On April 18th, 2012 Tempur-Pedic International Inc. (TPX) traded at a high of $87.43 and in June, their stock took a nosedive to its low of $20.00 and some change. What happened? One thing we know for sure, if you are identified by Wall Street as a growth stock and you stop growing, it’s a big step off of a very large cliff. Also, I have heard some analysts criticize the 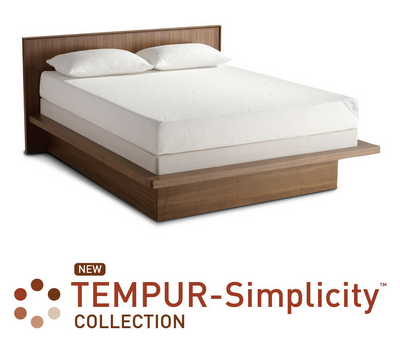 way Tempur-Pedic has been communicating with investors and that this is part of their problem. I am sure there are more theories, but setting all of that aside I want to talk about the fundamentals and why I think they are experiencing some trouble.

Early on, Tempur-Pedic did not look like the average bedding company in the way they marketed their products, sold to retail, or launched new lines. Given the changes they have been making, is this specialty sleep titan moving toward being more like other bedding companies out there today? Here are three fundamental shifts that could be having an impact on Tempur’s business:

Debate these three things as good or bad however you want, it doesn’t really matter because the point I am trying to make is that they made BIG BETS in all cases. One of the things Garold Swaim, our head of product testing at the Idea Center has taught me, is that if you are trying to figure out how to make something perform better, make one small change at a time and re-test. If you change two to three variables all at once, you will never know what made the difference. Tempur-Pedic is changing at least two to three variables all at once. These shifts are fundamental changes to how they operate—not tweaks to the management team, or a new lean manufacturing initiative. I am talking about monster moves here that really create a new paradigm. In some ways, are they becoming like all of the other bedding companies out there? Does this create opportunity for the competition? It’s very possible.

Did Tempur-Pedic get big eyes when making their sales projections for 2012? At some point was there a realization that they could not get there with business as usual, therefore they are scrambling to force the issue? Only they know. One thing I know is that this is a good company with some good people that, like the rest of us, are navigating some rough waters.

So what do you think—is Tempur-Pedic on the right track? Should they stay the course or shift back to their old way of doing business? Tell me in the comments section below.

On a side note…
In a recent conversation at the Anti-Defamation League dinner with Tempur-Pedic’s Rick Anderson, he reminded me that in the past year other bedding manufacturers have launched more products targeting Tempur-Pedic and the specialty category  than ever before, creating a very competitive landscape—and he’s got a great point.

5 thoughts on “Are Tempur-Pedic’s Changes Leading to Mediocrity?”