My first job out of college was selling a national speaker door-to-door and in a year’s time I was fortunate enough to speak to over 500 different companies. We had telemarketers set us up with various businesses that had strong sales organizations and we would go in and 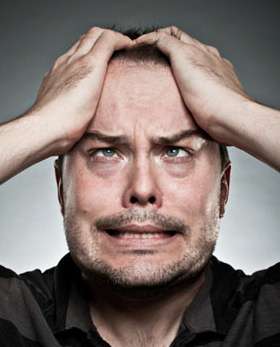 conduct an hour’s worth of free sales training and then invite them (hard close) to attend a sales seminar. Before I went to the meeting I would call the sales managers and talk with them about their team. In that conversation I would ask what their challenges were and nine times out of ten people were the root of the problem. Not the economy, or the market they competed in, simply the people on their team.

If you look inside any company this is probably consistent and yet many of us don’t know how to deal with it. Take me inside your company and let me interview your team and I can almost guarantee there are a few people in high-level jobs that nobody understands how they got there or why they are still employed. What kind of performance review do you have? Are you serious about catching people when they do something right and finding the underperformers and coaching them up or getting rid of them?

That last part is tough. Many times, we let the underperformers stay in their jobs when they are clearly not getting it done and it hurts us past what we really understand. Yes, it is hard to let people go, but it is killing us to keep them and often times we don’t see it.

Why should we get rid of dead weight?

• Keeping an underperformer in a job sends a very bad message to your team. It says that they too can deliver less of an effort.

• People just get frustrated. I have seen so many great people reporting to slackers and they ultimately leave the company because they can’t deal with it anymore. “A” players want to be surrounded by other “A” players and if their boss is a “B” or “C,” it deflates them and their drive to succeed. I have a friend that is constantly ribbed about how bad his boss is and at some point, those “harmless” jokes are going to take their toll.

• What is the opportunity cost? If you are not willing to make a tough decision and remove somebody that is not delivering, you are not only getting a poor result today, but you are costing yourself all kinds of opportunities. Bad people cause you to lose traction. Have you ever replaced someone (probably after you let it go too long), then brought in the new guy or gal and they changed it up and hit a home run? Don’t you look back on that and ask yourself why you didn’t make a change sooner? You had no idea how great that department COULD BE, did you?

I am not being callous here but you have to get rid of the people that are not helping you achieve your goals. We think we are doing those people a favor by not firing them, letting them finish their career or whatever the reason, but we really are not. There is a great chance that the person in that job isn’t having fun anyway, so send them somewhere that’s a better fit. If you want to toss a brother a bone and let him ride it out, that is fine, but put him on special projects or something else and get them out of the key role that you need working at a peak level.

After reading this, did anything hit you hard? If you can’t identify the dead weight in your company, be careful because it might be you!