A cameraman sits in silence, drifting through the choppy waters near Seal Island off the coast of South Africa. He’s waiting for one of the most powerful moments in television: shark breach. 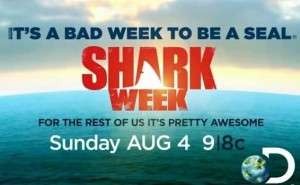 Below the surface, a great white shark is building up speed as it approaches a fur seal. Suddenly, nature’s perfect killing machine rockets out of the sea, catching the prey between its teeth. As blood squirts and the shark slams against the water’s blue surface, children, men, and women across the country soar off their sofas yelling, “YEAHHHHHHHH!!!” or “Ohhhhhh Nooo!!!” (depending on who is on the coach). Many of the guys toss up high-fives as they stand in awe, waiting for the slow motion replay.

Welcome to Shark Week, coming back to Discovery Channel August 4, 2013.

As we prepare to watch Snuffy the Seal get destroyed (watch the video), many brands are preparing to launch campaigns that connect to Shark Week and build their businesses. How can you sink your teeth into a winning plan? I’ll share some ideas, but first, we should pause to recognize the importance of this cultural event.

Shark Week attracts a feeding frenzy of fans. It’s one of America’s most unifying events. There’s something for almost everyone; whether you’re a country boy who likes to watch a good kill, or an environmentalist who can’t stand the thought of losing another species to extinction, Shark Week is where America meets in the middle. With that in mind, it’s almost always beneficial to develop strategies that tap into that which is popular and relevant. Here are a few examples of brands that have done it well. Hopefully it’ll inspire a plan that attracts customers faster than chumming the water brings in a school of hammerheads.

Last year, Volkswagen designed the worst shark cage of all time. Even though the Beetle-shaped cage didn’t put much liquid real estate between the driver and Jaws, it showed how, with some imagination, a “land brand” could tap into Shark Week. How can you modify your product to connect it to sharks? Here’s an idea for those who sell mattresses: take a low-end mattress, get the proper dimensions, and cut a shark bite pattern into one edge. Invite people to come see the actual size of a great white’s bite. Have any other thoughts? Leave them in the comments section and keep reading to see how a shoe brand is benefiting from Shark Week. 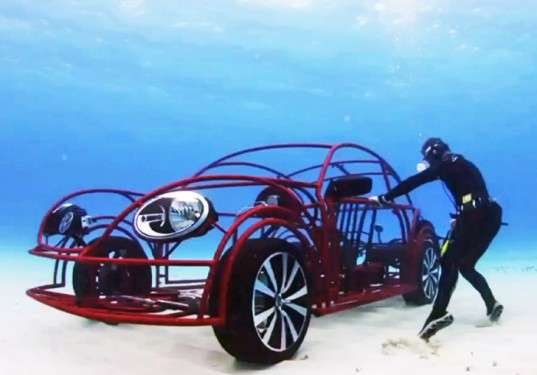 TOMS shoes is known for its social mission. For every pair of kicks it sells, the company donates a pair to a child in need. In honor of Shark Week, TOMS created a limited edition shoe that

will raise money for sharks. The camouflage pattern is actually a series of shark silhouettes. On the TOMS website, it says, “Because no matter how fearsome sharks may be, their numbers are dwindling – and that totally bites.” Shoes and sharks don’t have a lot in common, but with a creative twist and a nod to their charity-driven roots, the team at TOMS tapped into Shark Week. Can you create a charity event connected to shark week or create a custom product?

As you can see, with some sharp creativity, you can attack America’s favorite television week and score a big catch. What are some of your ideas for tapping into Shark Week, or other popular events that happen throughout the year?

Mark Kinsley Vice President with Mark Quinn’s marketing and strategic communication firm. You can email him at markk@mediacross.com.