There has been some debate over the use of the term “hybrid” by a few in the industry. Some complain about how it is being defined, some comment that the term is silly because hybrids have been around for over a decade so it’s nothing new, and others don’t want to refer to their products as hybrid because Sealy has actually placed the name on a product line and they don’t want to follow their competition. I believe that these are all valid points, but consider the following four reasons we should all be talking about hybrids:

The term “hybrid mattress” was created to simplify a conversation in the industry and connect with the consumer in a way they could very easily understand. I remember selling innerspring mattresses with memory foam a long time ago, so this is nothing new – there is no doubt. BUT WHO CARES! Nobody has ever claimed that it was an original way to make beds – it was just a way to shift the conversation to something better.

Have you been using the term in your conversations? Do you feel strongly one way or the other? Tell us in the comments section! 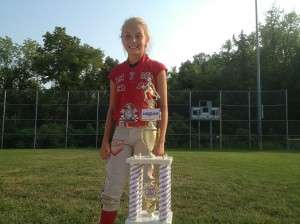 I told you about my son Nick and his inside-the-park home run, so in the interest of equal time I feel it is important to share something quick on my daughter Gabby. She plays on a 10-and-under fast-pitch softball team called the Battitudes. (Love these girls!) They were in the Kansas/Missouri State Championship tournament this weekend in Kansas City and they battled. In order to make it to the championship game, they beat a team after three extra innings. They ultimately took second place in the tournament but played like champions. I learn so much from watching my kids do stuff like this. Her heart and desire to win inspired me in a big way. There was no complaining about the heat, bad calls by the umpire, or the fact that she was worn out after playing four games that day. This team of girls fought all day long and drove hard until that last out. Sounds a lot like the winners in our industry. I hope your kids inspire you the same way.