The pastor of my church, Aaron Brown, did a really crappy thing to our congregation one Sunday. He asked us to examine our life as we were leading it today and to figure out what the dash was going to look like when it was over. I had no idea what in the world he 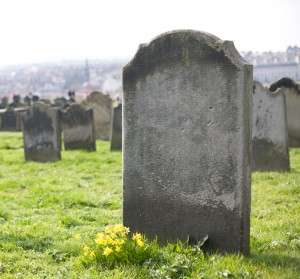 Most people try to give a little time at the kid’s school, maybe serve on a local committee for a charity, be a part of a fundraiser, and maybe even write a check every now and then. At work, most will feel obligated to give a good 8-9 hours a day for the wage they are being paid and do what they consider to be a fair job for what they are being undercompensated for. This is fine, but not at all what I am talking about. You have to think about what you are DOING with your dash!

What kind of impact are you making? Do you have the courage to disrupt things that need to be changed? Are you going out of your way to help the people around you get the things they want? Does your ego drive your actions or does your humility define you when it matters? Are you working in this industry to make a paycheck, or do you have real purpose when you go to work? Do you really want it to be better? Too aspirational for you? Yes, we are just selling sleep products, but if you really give that some thought, helping people realize the quality of life improvements that can come from sleeping better is no small thing.

I really enjoyed hearing about Dr. Martin Luther King Jr. this past week, as it was the 50th anniversary of his “I Have a Dream” speech. Here is a guy that was born in Atlanta, became a Baptist preacher, and ultimately changed the world forever because he believed in something so strongly he was willing to risk his life to stand for it. The dent he made in the universe will be felt forever and has caused a ripple effect that serves as inspiration to millions around the world. Dr. Martin Luther King Jr., January 15, 1929 – April 4, 1968. His dash is pretty impressive.

Not all of us are going to make the impact of someone like Dr. King, but it sure puts things in perspective. I see people every day that do things just to be able to say they did them. They go to work and do the bare minimum necessary to get paid. They show up at a charity function so they can be seen. Some even just write checks to ease their conscious and save themselves from having to get dirty. What would things look like in your universe if you drove yourself harder so your dash was strong enough that it actually inspired the world? What if you inspired even one person? It’s time to think big. I’ve heard it said, “If your audacious goal could be accomplished in one lifetime, then you weren’t thinking big enough!”

And while you’re thinking huge thoughts, tell me whose dash impresses you? Even if the person is still alive, and that dash is still being fulfilled, share what inspired you in the comments.

EDITOR’S NOTE:  Click on this link to watch the famous “I Have a Dream Speech.”