Recently I was invited to attend an event in Boston called Recharge America, put together by Harvard Medical School (HMS). The goal of this group is to create a movement in America to make sleep the clear “third leg of the stool” when it comes to 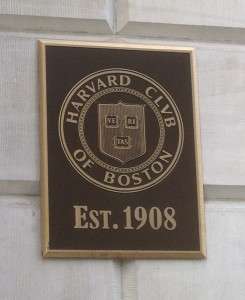 health pillars – right next to nutrition and exercise. This all took place just a few weeks ago and I thought it was worth a discussion.

Consider some of the data points that are driving the initiative:

Think of it this way: if you were to ask 50 people to offer advice on what you should do to eat better, or to instruct you on different ways to exercise, the average person could come up with several things to say. That doesn’t mean the advice is correct or they themselves do any of it, but they could at least have an intelligent conversation about the subject matter. Ask those same 50 people about sleep and see what you get. (Going to bed early to get more sleep doesn’t qualify as good advice.) Do people understand the half-life of caffeine and the negative impact on restorative sleep? As much as we drink, wouldn’t that be good information to have? Can the average person tell you even the most basic information on the stages of sleep or point out any of the signs of sleep apnea? Do the schools teach anything to our kids about sleep health? Do they teach them about food and exercise?

Time is one of the most precious resources we have and we run out of it every day. We work harder than ever before and our kids are involved in so many activities that it is amazing they can do them all and still make time to study. Millions of Americans are walking around as partial zombies trying to fit everything in, sleep deprived, and in a pissy mood because they haven’t slept well. This problem is real.

The approach HMS has taken is to define the problem and bring a wide cut of organizations to the table that have a vested interest in making sure this subject gets the attention it needs and deserves. At this meeting I was joined by some of the top scientists in the world as it relates to sleep; companies in the health care space; and people selling medical devices, diagnostic tools, sound solutions, and even napping pods that can be installed at your office. The mattress industry was also represented by Simmons, King Koil, and Leggett & Platt.

If the group at Harvard Medical School is successful organizing this effort and they are able to drive the importance of healthy sleep, what could that do for the industry? I have said many times that we are not competing with each other, but instead with every other consumer goods company out there trying to earn the available disposable income of OUR customers. If the importance of sleep becomes a bigger deal, and we can connect the products we sell to improving one’s ability to sleep better, then we are going to win big.

If a group of people can break through the media clutter today with a song that tries to help us all understand, “What does the fox say?” we should be able to make a bigger impact on this subject.

(I was not certain I would figure out a way to connect a blog to this recent music video phenomenon, but I just did. If you have not heard this song about the fox before, I apologize in advance for being the one to introduce you to it, but with 120 million views so far you should probably be aware.)

What do you think – should you get involved? Does it make sense for Harvard Medical School to be the backbone of the effort? Tell me in the comments section.

8 thoughts on “Harvard’s Big Step into the Sleep Arena”