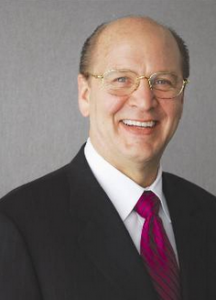 left Serta and I am seeing some of this behavior, so I thought I would give my personal account of working with the guy. Not that my take on Bob is correct, but it’s true for me.

I worked with Serta for nine years. When I started, Bob was the President of the National Bedding Company (NBC), and they owned four Serta licensees. Over the course of those nine years, Bob led that group to ultimately take over the Serta brand and own the majority position of the company. I saw Bob stand firm on issues that caused us to stall and that prevented us from moving forward on certain initiatives. There were times when I thought he was part of the problem, not the solution. I saw him speak in meetings when listening might have been better. HOWEVER, I have also seen Bob be a powerful leader. He is incredibly decisive, treats his people as if they were family, can drive a deal as hard as anyone I have seen, and is a competitor in the best kind of way. Make no mistake, Bob wanted to win and he wanted his competitors to lose, which is how it should be, I suppose.

Whatever you think of Bob personally really doesn’t matter much; you simply have to look at his results. He was successful at Sealy in his younger days, ran the NBC company for Burt Kaplan and Richard Yulman, growing organically and through acquisitions until they controlled it all. He and his team created one of the most successful product launches in the history of our industry if you consider the speed of success with iComfort. Finally, he led Serta to ultimately take over the #1 spot in the industry as the largest mattress brand in the United States.

If you are going to credit Bob with anything in this business and don’t give his wife Barb Bradford half or more of the credit, you will have made a big mistake. Bob will tell you 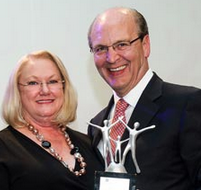 himself, Barb was a driving force for him and for that company. She was as much of a leader as he was in many ways and the two of them together did some great things in this industry.

Something I realized a long time ago was that no matter how big you are or think you are, when you leave a job, a team, a neighborhood, or a church, the planet continues to revolve. But if you make a dent when you are there, you should feel pretty good about that. Bob and Barb definitely left a nice-sized dent.

I will miss Bob at the Furniture Today Bedding Conferences, and I will miss seeing the Serta banner at Vegas that had Sherman’s personality written all over it.

Thank you, Bob and Barb, for some great memories and for all that you did for the people at Serta, and for playing your part in making our industry better. You are leaving some very capable people behind to run the show, so relax and enjoy what is next. Maybe we’ll even see you back on the bedding panel in Florida  – you never know!