This week I wasn’t going to post a blog because I have been at Las Vegas Market since Saturday and as a result have a mountain of work piled up. Instead, I was going to wait and write something this weekend to recap Market. That is until a close friend of mine, Tom Wells, called to tell me this story. 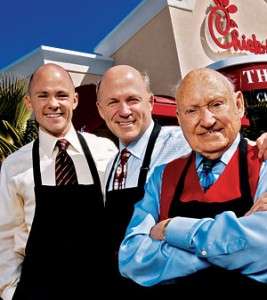 When a snowstorm hit Birmingham, Alabama, this week, it sent the city into lockdown. Motorists were stranded for hours, trapped in their cars without any food or water. Just to move a mile or two was taking up to three hours, so people just had to hunker down and make the best of it. Some employees from Chick-fil-A were also caught in the storm after they had closed up shop and were headed home. They soon realized they were going nowhere fast and went back to the restaurant for shelter, leaving their cars on the side of the road.

It would have been easy to stay inside and enjoy the heat away from the storm, but they left that comfort zone to serve people in their community.

They turned on the ovens and fryers and went to work cooking everything they had. Then they hit the streets in the storm, giving the food away for FREE to people stranded on the highway. So did they do this for the publicity? No, they did not. They did it because that is the culture of their company. If you don’t know much about Chick-fil-A, they are grounded in Christian principles and in this case, those principles kicked in and inspired them to serve others in their moment of need.

I bring this up because it is a great lesson for us all. Many people work their business always looking for ways to place their company in the best light. Most of that is contrived 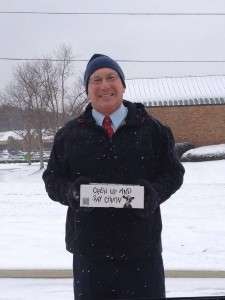 and calculated, because they want to promote themselves to their customer base. The big difference here is the effort made by Chick-fil-A was a result of their culture, their DNA. It is who they are. They don’t bust out the smiley face when the cameras are on –they live as servants every day they open their doors and it shows.

I want to say WELL DONE to Chick-fil-A owner Mark Meadows and his team. Thank you for being who you are and showing the rest of us how important culture is. Your heart for people and doing the right thing is a great model for anyone in business.

How does your culture compare to this? If it does not measure up, could you make an impact on changing it?

One thought on “Chick-fil-A Warms Hearts During Snowstorm”