That pretty much sums up where I am with this decision to leave Leggett & Platt.

When I came to L&P eight years ago, I did it because the people I knew here were great, I liked the company, and I saw a lot of opportunity to enhance its position in the industry. If I were to look back and grade us on how we were once perceived to where we are today, I think we have done pretty well on improving some things. I’m not basing that on my own opinion, but instead on the feedback from our customers and, just as importantly, our own people.

When people are committed to change, don’t underestimate what they can do. On the way out, friends and peers are saying really nice things and giving me a lot of credit for where Leggett & Platt is today, but I really think the recognition needs to go to this company and our senior leadership. After all, I’m not the one that had to change – they were.

I may have been the facilitator of that change in many ways, but they were the ones that had to leave their comfort zones and trust a guy that was an outsider, and then follow him down a path they were very unfamiliar with. For a company as old as this one, that takes great courage. For the most part, things went smoothly, but in eight years you are bound to hit a bump or two. Even when that happened, Dave Haffner, Karl Glassman, Paul Hauser (God rest his soul; wait he’s not dead, just living in Florida), and Perry Davis all stayed the course and continued to believe in where we were going. That to me is the amazing part of my story at Leggett. Being lucky enough to work for people that knew the company was antiquated in certain ways – and then making a commitment to grow and get better. How many of you are working at companies today that you wished would be more comfortable with that kind of change?

If you have ever wondered about Leggett & Platt and who it really is, let me sum it up for you. It’s made up of people that really care about what they do. Customers are incredibly important to them, as are their own people. Saying that a company cares about its people is very cliché, I am aware, but after that tornado in Joplin it was very clear these guys mean what they say. They are committed to delivering profit for shareholders, as they should be, but driving toward a win-win with whomever they are negotiating with. That is the real Leggett & Platt. 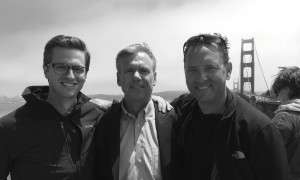 There are many things still left to do here at L&P and Mark Kinsley, the VP of Marketing for the Bedding Group, will be great leading the effort. I have worked with Kinsley for several years now and could not think of a better person to take over. I am confident he will succeed because he will have John Walsh, our VP of Creative Services, there to help him as he helped me. John has been a great friend to me, and he and his team have done incredible work over the years to bring life to many of my crazy ideas.

My last day here is September 12. After that I start a new challenge. Can’t say much about the details yet, but I am going to remain in the mattress industry. That is a great thing because I love this business and all of my friends in it and I know there is still a lot we can do to make it better.

I want to thank all of you that have sent me a note or made a call – your kindness has really made a huge impact. I will continue to write this blog, so if you are interested, come back and hear how my new world unfolds. You could witness a complete train wreck or see something great evolve, but either way I promise it won’t be boring.