Every year most of us gather at the neighbors house, bring our favorite 7 layer dip, order up some wings, open a cold beer and watch the Super Bowl. This year we got to see an incredible game with a horrible ending; if you are a Seahawks fan that is. (Sorry Scott Smalling, maybe next year my friend.) Some of the Super Bowl ads went the same direction, great idea but with a horrible execution ending in failure. 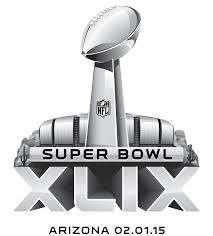 If you wanted to have your spot seen this year by over 111.3 million fans (largest Super Bowl audience EVER), then it would have cost you about $4 million for a .30 second spot or $8 million for a .60. That is a lot of eyeballs watching your commercial and the great thing about creating a Super Bowl ad, is that you are more likely for someone to see your commercial because of all the hype. (What other television program makes that big a deal out of watching their commercials?)

A few that I liked in no particular order: (You can view them all and vote for your favorites HERE.)

My big question to you is, what would your Super Bowl ad look like? Pretend for a minute that you have one shot at reaching 111 million people. What would you say? Would you tell everyone that you can discount your products by 50%? Would you lead with a free box spring, or give away something even more valuable like a adjustable bed base or a 50″television? If you had 30 seconds to build value in who you are and what you do, wouldn’t you try to include something about how you can improve people’s lives with your products? I know one thing, you would likely gather your team and be very careful to first identify what is so compelling about what you do, and then you would look for a creative way to tell that story. You might even hire someone to help you produce such a spot, making sure that you took great care with every second you had. (This makes a lot of sense given the fact that every second cost you about $133,333.)

If that approach is right for the Super Bowl, isn’t it also right for your website, ads, trade promotions, social media content etc?

Q’s Views Challenge: Give me your idea on what a great mattress or sleep products ad would look like on the Super Bowl either as a manufacturer or a retailer. I can’t give you $1 million but I will feature your idea in my next blog. Share that in the comments section or on the LinkedIn thread in Mattress Industry Executives. Good luck!

2 thoughts on “What Would Your Super Bowl Ad Look Like?”