I wasn’t much on “follow the leader” when I was a kid, and for those of you that know me, that probably comes as no surprise. Not that the other kids didn’t have good ideas or take good paths, I just liked to do things my own way. Still do. According to the 22 Immutable Laws of Marketing, “You must discover the essence of the leader and then present the prospect with the opposite. (In other words, don’t try to be better try to be different.)” Remember the old Coke vs. Pepsi which soon became Pepsi the NEW GENERATION. Go against the establishment and see what that gets you. 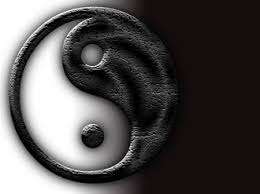 Applying that law to this industry made me think of a few examples. Consider the brilliant job Tempur-Pedic did attacking innerspring beds. Those guys were not only trying to be better than the beds in the market, they established themselves as different. They got a lot of attention for that effort and built a nice business from it. Sealy, Simmons, Serta, and just about every other producer out there tried knocking them off and for a while, many of them failed. There are a few reasons for it I think, but one of them is because they were trying to be a “me too” and simply duplicate what Tempur-Pedic had already done. Then Serta got smart and went after Tempur-Pedic in the same way that Tempur-Pedic went after the innerspring category. They told consumers that they had a NEW gel foam bed “without the potential negatives associated with traditional memory foam sleep systems.”  They took Tempur-Pedic head on and presented themselves as the opposite of what Tempur-Pedic was and as result, Serta had the best product launch in the history of the company.

There is a lot to learn from the top dog in every industry, but there could be something to attack at the same time. Where is your competition vulnerable?

2 thoughts on “The Law Of The Opposite”