Before we get started I want to share a recent interview I did with Doug Stewart for his blog Furnishing Results. Doug asked me to talk about a failure in my career so I shared one of many. I have never really told this story publicly until now so if you ever wondered what happened behind the scenes of The Virgin Mattress web series, you can hear the whole story and how it eventually drove me to better things.

“If you want to be successful today you should give something up…..Where is it written that the more you have to sell, the more you sell?” This is law #13 in the book The 22 Immutable Laws Of Marketing which is the Law Of Sacrifice. The book says that there are three things to sacrifice; product, target market and constant change. Let’s take them one at a time. 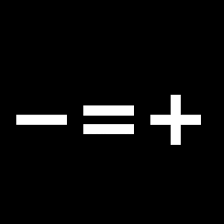 When you walk into a store today how many beds do you see? 20? 30? 40? How many times have you heard that consumers are very intimidated when they first step foot onto a mattress floor? They see one big sea of white and to the uneducated consumer, they all pretty much look the same. To remedy this I have seen retailers partition their store so that it looks more broken up. I have seen them separate the categories by color and even by vendor to help the consumer navigate all of those fluffy WHITE rectangles. Do we really need all of those beds? I know that there is value in having multiple vendors because you can get more slotting fees, improve your selection etc., but does the consumer really benefit from all of that? When I worked for Serta we had 2 beds at Sam’s when I started which ultimately grew, but we did an enormous amount of business on just two sku’s. I took over the shop television business later on in my career with Serta and during our broadcast we featured only one mattress. We got pressure from leadership to offer a choice but we held them off. Isn’t it logical that more options creates more opportunity? My thinking was that on television anyway, if you showed them a plush version and a firm version, the consumer would freeze not knowing which one was the right decision. Mostly since you couldn’t try them out. We sold millions of dollars worth every hour doing it that way. How about Tuft and Needle and Casper? They have only one bed and they sell on line. I realize that there is much more to consider in this equation but if you consider narrow selection, I think there is a case to be made that more isn’t always better.

When you look at sacrificing target market that one gets tricky fast. There have been several attempts to focus on very specific markets like the Duck Dynasty crowd or overweight people from King Koil, or Simmons going after millennials with Loft. I really like the idea of narrowing your focus on the target market but if you are going to do that the product has to be right, what you say, how you say it, where you say it, how often you say it all has to follow, and that is complicated. Most of the success in targeting a market in our industry has been restricted to companies chasing the luxury market. Even that has slowed. How many producers out there are great at selling mattresses over $3,000?

Finally the book talks about giving up constant change and I couldn’t agree more. Change can be a good thing but if you are in a constant state of it, it’s not helpful its disruptive. Is your company committed to your strategy or do you shift at the first sign of trouble?

So there you have it the “less is more” blog post. What did I miss? Do you like adding complexity or keeping it simple? Where is the proof!?!

One thought on “Give IT To Get IT”