In this recent announcement posted on Furniture Today, the International Sleep Products Association (ISPA), announced that they were changing the way they report industry numbers. The three primary changes are:

It’s that third one that I want to talk about today. I sent an email to Ryan Trainer and Mary Helen Rogers at ISPA asking why they decided to stop breaking out the categories. This was part of the response I got back from Ryan:

“As you know, the spring/non-spring breakout evolved at a time when the industry was fairly clearly divided into 2 segments:  traditional mattresses (i.e., innerspring segment) and the newer memory foam, latex, all foam and air mattresses (the non-innerspring segment).  At that time, the segments in general represented the non-premium and premium ends of the market.  Over time, however, the gap between these segments began to fill in as lower-priced foam mattresses entered the market, gel began taking market share at lower prices and the new hybrids exploded.  As a result, the innerspring/non-innerspring distinction no longer provides an accurate profile of premium and non-premium mattress sales.” Here are a few thoughts on these comments: 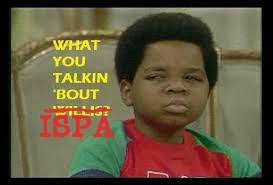 When you drill down further, the argument continues to fall apart because ISPA has been reporting specifics on sales BY PRICE POINT that clearly defines what the premium and non premium business looks like. In light of that, I asked ISPA why they wouldn’t just continue to report innerspring vs. non-innerspring as they have for years, and point anyone that needs more clarity on the subject to this very comprehensive report? They weren’t sure.

According to ISPA numbers, this is what is going on with innerspring vs. non-innerspring:

Who gets hurt if ISPA continues to report innerspring vs. non innerspring sales given these trends? Did somebody complain about the current reporting because the momentum has shifted and it creates a negative perception about their business? I only ask these questions because the reasoning behind the reporting changes makes no sense to me so this is where that takes me.

Tempur-Pedic is one of the largest specialty bed producers out there and they are doing well. 3rd quarter 2015 results show a sales increase in North America of 8.2% and margin improvement from 35.6% to 38.8% but I wonder how much of that is due to their new hybrid offering Tempur Flex? The numbers for Sealy Optimum, i Series, and Comforpedic etc. must be really off if the category is down that much.

I have talked to some industry analyst that aren’t too sure about the changes either, and don’t understand the explanation behind them any more than I do. The introduction of the specialty category brought about a seismic shift that was worth measuring in order to fully understand the landscape of the marketplace. Now that there is a trend in the other direction creating a similar shift, is ISPA going to stop reporting it?!?  Isn’t understanding the decline of the category just as important as understanding the climb? Would the car industry simply stop reporting truck sales if they started to fall off?

Tell me what you think, why is the change taking place and have I been unfair in my representation of the issue?