I walk into my 13 year old daughters room the other day and she was hanging out with a few of her friends. When I came into the room they were all sitting there, music playing, not saying a word to each other. Why? Their faces were buried in their phones. That isn’t to say that they weren’t communicating to one another. They were sending each other Snap Chats, text messages, Instagram messages, and laughing uncontrollably, sitting just inches away from one another.

Phones, tablets, Netflix and most other things electronic are changing the way we live our lives and in many ways, for the worse. I have been out to eat with my family on more than one occasion where I look up from my own phone to find everyone at the table doing something on theirs as well. New rule in the Quinn house; no phones at meal time. The point I am attempting to make here is that all of these electronics can really get in the way of connecting with people on some deeper level. I’m not saying to throw everything out, but I am saying that we have to be intentional about being IN THE MOMENT with the people we care about or we could miss something important. The following story would suggest this is true even when it comes to complete strangers. 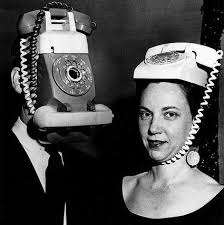 I was flying home last week from Arizona and a guy plops down in the seat next to me and I could tell that he was having a bad day as he huffed and puffed and threw his bag into his seat. I continued to work on my computer and put my headphones on hoping that would deter him from wanting to chat me up. After take off this little voice told me to put my work on hold, take off my head set and see if there was anything I could do to make this guys day a little better. (I say a “little voice” but as a man of faith I really believe God was telling me to get off my butt and SHINE THE LIGHT.) After delivering the right ice breaker, I found myself in a conversation with this guy; Jim from Dallas. Jim told me that his daughter had just died after years of drug abuse and he was heading to her funeral. The last few years had been very tough on the family. He lived in a different state than she did, and was carrying around a lot of guilt for feeling as though he had not done enough to save her. We talked about what he did to help, what he didn’t do, and we celebrated her life rehashing some of his best memories of her. At the end of that conversation he extended his hand, fought back some tears, and thanked me for listening. I can’t tell you how grateful I am to have met Jim.

As you move into the holiday and have some extra time with friends and family (or even a stranger), turn your stuff off every now and then. Play a board game, tell some stories, but most of all just be present and in the moment. Engage. You never know what you might learn if your allowed to communicate using more than 140 characters.

From my family to yours, I hope that you have a terrific holiday and that you connect with people in a very meaningful way.