The Quinn family summer vacation typically involves a beech. Nowhere in particular but it must have a resort pool, waiters with cocktails, sand and waves. My wife is the one that is in love with the sun but this year she wanted to check something off of her bucket list so we took a trip to Washington D.C. So to bring back a little bit of my third grade assignment of “What did you learn on your summer vacation”, here are 5 things that made a significant impact on me. I hope it means something to you as well. 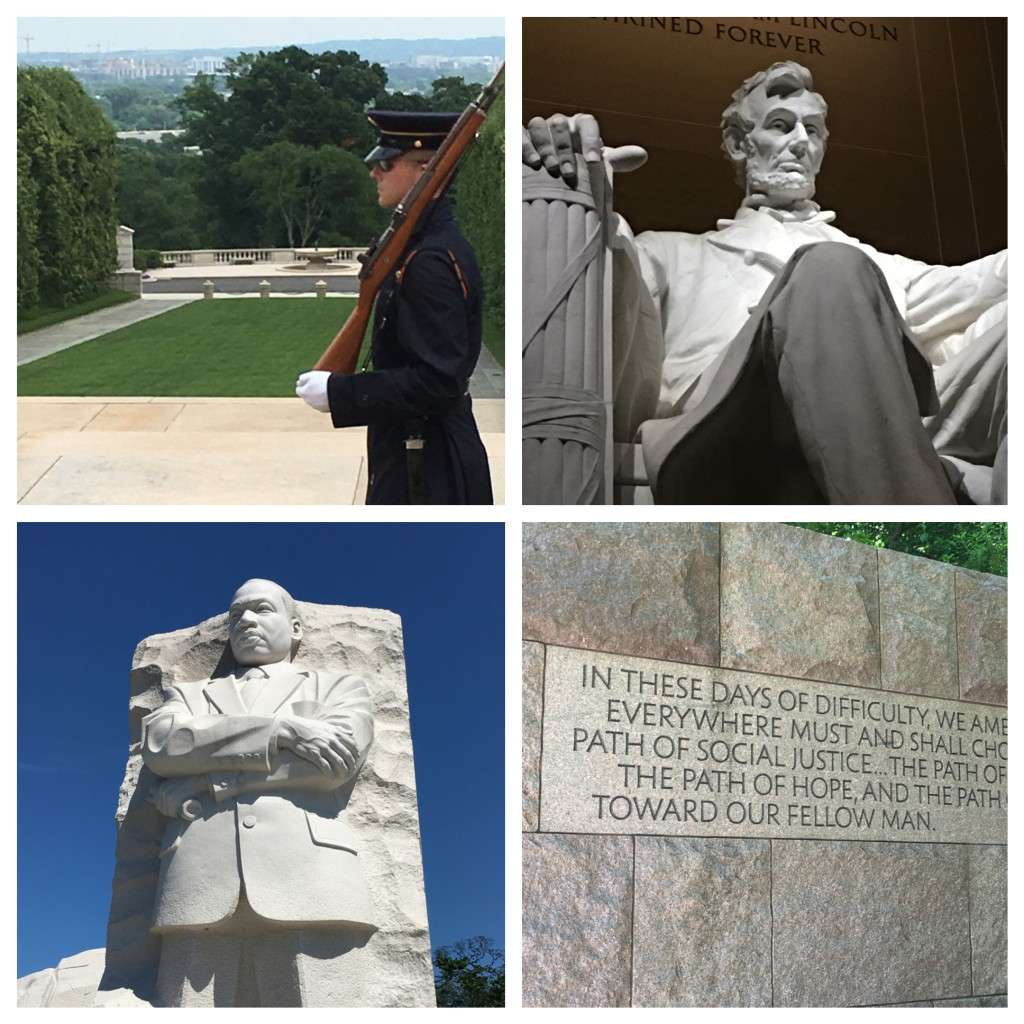 1. My Father-in-law George Gordon fought in Viet Nam. He came home with two purple hearts and a lot of bad memories. The key here is that he came home. Many have not and many died in a way that they could not be identified properly. The Tomb Of The Unknown Soldier is and a great way to pay them tribute. To the members of our military and their families, the Quinn’s are profoundly grateful. What I learned from this stop on the tour…reflect on this sacrifice more often.

2. Many have said that Abraham Licoln is the best President the United States has ever had. After visiting his memorial and learning more about his time as our leader, I understand why people loved him. Can you imagine taking on the issue of slavery back then? Today it would seem inconceivable to most Americans that one human would “own” another. Abe didn’t like it either and pushed through the 13th Amendment to the Constitution Of The United States abolishing slavery. What I learned from Abe…creating change isn’t easy (in a business or a government), so you had better be convicted and willing to sacrifice in order to get what you are after. Abe ultimately gave his life for what he believed in.

3. Apparently Speaker Ryan has better things to do than see me as they kept me waiting for hours outside of his office. Hard to believe they didn’t want to hear some of my thoughts on how they could improve things in D.C. Does everyone get a full blown secret service escort in the Capital Building? Nice of them to show me around.

In this post I covered about 1/3 of what we actually did on this vacation. We also visited Jamestown, Colonial Williamsburg, and walked around William and Mary College and University of Virginia. Don’t know if you have ever made this trip with your family but I cannot say enough good things about our time on the east coast and encourage you to experience it the way we did. My kids are 14 and 12 and were blown away with what they saw.  They have a much deeper appreciate for what our founding fathers sacrificed to create this great nation and what the early settlers did to build the greatest country IN THE WORLD. #proudamerican