When I was 28 years old I left Texas and moved to Chicago to start my career at Serta. I wasn’t married and had never lived in a big city like that, not to mention I felt that the job of VP of National Accounts had me way over my skies but hey, nothing ventured nothing gained right? Bottom line is that I was very nervous about it all but thanks people like Ed lilly,Jeff Van Tuyle, Susan Ebaugh, Bill West, Roxanne Franklin, Alan Eisenberg, Scott Tinsley, Dan White, Tim Smith, Bob Sabalasky and many others it was one of the best work experiences I could have hoped for. Another guy that was there was John Rachid. I left Serta after 9 years but John stayed for another 10 or so years to have an incredibly successful career. Until yesterday. 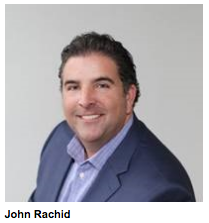 John announced his departure from Serta and the move to his new position as President of Protect-A-Bed. During John’s time at Serta he drove MILLIONS of dollars of very profitable business at Serta working national and sometimes regional accounts. John was always able to serve the retailer in a way that gave them programs that helped them grow their bedding category, while making money for the company that was paying his check. The most impressive part of his career however, was his heart for his team. John took those relationships very seriously and worked hard to make sure his people were growing and well taken care of.

James Bell, the CEO at Protect-A-Bed, has built a substantial business over the years and has an incredible reputation in the industry. He is just a good guy. Now that he has landed another big fish, he rounds out his team of ex-Serta people. John will join my good buddies Alan Eisenberg and Dan White as they attempt world domination. One of the reasons for this post is to point out the fact that I find it interesting how good people always find a way to come together on projects. James obviously has a very keen eye for talent and it proves that great people are drawn together.

I write this post to celebrate John on his unbelievable career with Serta and the significant contribution he has made to the industry and to everyone that he works with. Congratulations friend.  This is a very big loss to Serta and a very big pick up for Protect-A-Bed so congratulations James and team. You guys are obviously building something special there.

3 thoughts on “Birds Of A Feather”