If your like most, you have had it with all of the political nonsense because this year’s Presidential election has been unlike any other in recent history. Not only are the gloves off, but the knives and bats are out. I have a few thoughts for you on how to survive the final four days. 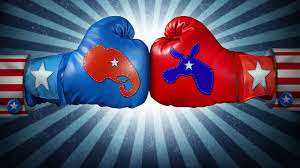 If we can’t respect one another for having a different opinion then we are no better than the candidates running for office. When you are in a political discussion do your best to look for common ground and just understand that even though someone might disagree with your position, at the end of the day they are passionate in the same way you are because they care about this country and where it is headed. I think that is something that most of us can agree on. If we stay divided on this stuff, how do improve things?

My prediction? Don’t have a name for you but I do know that half of the country is going to be very upset on Wednesday, and the other half is going to be relieved. If you are on the winning side, consider how the losing side is feeling and respect that.

The good news is that it will all be over in a few days and we can move past it and focus on more important things like selling mattresses. After this one, half of our customers out there are going to want to crawl into their bed in a fetal position and fall into a deep sleep. Isn’t it better for them if they have a good mattress to do it on?

“All political thinking for years past has been vitiated in the same way. People can foresee the future only when it coincides with their own wishes, and the most grossly obvious facts can be ignored when they are unwelcome.” George Orwell