I promise not to get political here but before this election passes us by, I have to point something out as we head into the weekend. If  I were to tell you before this crazy thing all started that a billionaire business man with no political chops would win the election in spite of being out spent almost 3 to 1 on paid advertising and an over 90% negative coverage rating in the main stream media, would you have believed me? 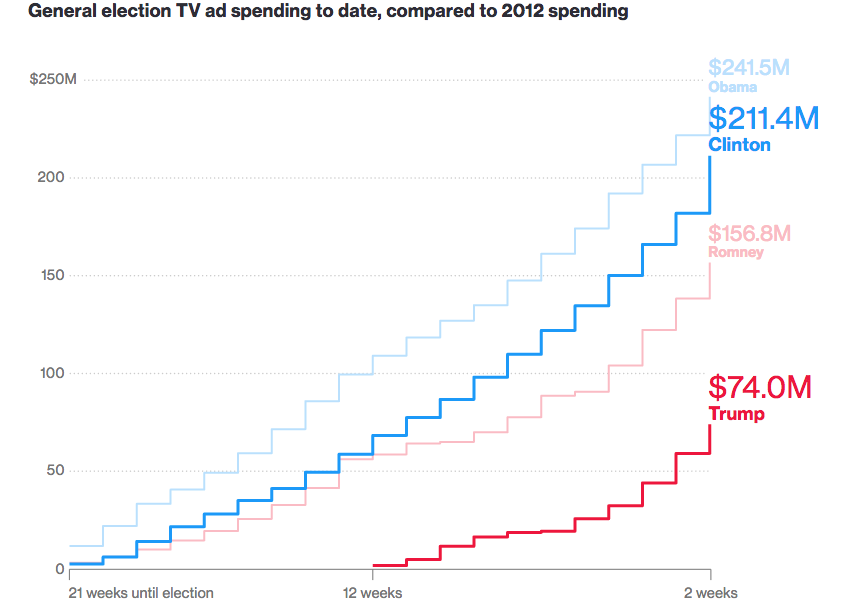 The point is important for us all to consider because it speaks to the power of social media. Social media certainly isn’t the only reason Trump was able to overcome this massive discrepancy but it definitely helped. He has 10.6 million Twitter followers and over 22.7 million likes and fans on Facebook. Those are some big numbers that allowed him to control his own message and NOT be dependent on anyone to do it for him. He may have been outspent but I’m not sure he was out messaged because of his own media platform.  (Be careful here because this can also bite you in the butt. Just ask The Donald.)

If you look at your company as a place that makes and sells or simply distributes products, you might want to reconsider that. Every company out there has a chance to become its very own media platform and create its very own information distribution pipeline. When I was at Leggett and Platt we built Sleep Geek for this exact reason. Over the years we invested hundreds of thousands of dollars to build a website where rsa’s could go to learn, get better from shared best practices, and make more money selling beds and sleep accessories. Populating that site with great content has allowed L&P to become a GO TO source for information and as a result, has given them a chance to tell their own story in a meaningful way.

When we started Spink and Edgar here in the United States, we did the same thing. We created the “The Scholar” section where consumers could go to learn about sleep, great beds, and their impact on quality of life. We write all kinds of original content including e-books like “The Guide To Better Sleep…Is A Luxury Bed Right For You?”  Heck, even this blog is my way of connecting with others in this industry and creating interest in things I am excited about.

The bottom line here is that when you build traffic to your own platforms you have the ability to share things that are relevant to your business and create interest around things that you think are important to people in your ecosystem. If you are perceived as a thought leader by your customers because you add value to their life with helpful information, don’t you think you will ultimately benefit from that?

If you want some help doing this you need to pay attention to my buddy Jeff Giagnocavo. He and his partner Ben McClure own Gardner’s Mattress and More and they also distribute a newsletter Mattress Retailer Weekly that you need to sign up for. If you are in the retail side of the business and you want to see how others are growing sales in a very dynamic way, then this is a good way to do that. Check them out! He can also show you how to automate your business so that you can grow profits in very significant way using helpful information as a hook.

I know the election has been tough but its over. Mend those fences where possible with the people in your life that didn’t agree with you politically, and focus on what matters; our relationships.

PS…I owe Michael Traub at SSB a shout out. Back in September 2014 I wrote a blog called “5 Signs An Outsider Won’t Make It In The Mattress Industry.” I mentioned Michael in this blog post, not saying he was going to fail, but pointing him out as the newest member of our community at the time. Mr. Traub has been a “mattress guy” now for over two years so I think it is important to call some attention to his membership in this very exclusive club. 🙂  Michael gave me a hard time after reading my original blog post and I really appreciated his sense of humor about that at the time. Michael from me to you, congratulations on surviving this crazy business and I hope you have many more great years at Serta!

6 thoughts on “What To Learn From This Election?”