Over the last 6 months, it has been a fun game of speculation, hasn’t it? Who is Steinhoff going to buy next? Will Serta/Simmons Bedding end up selling to them due to their new deal with Mattress Firm? Will there be a hostile takeover of Tempur-Sealy after the announcement of the divorce with Mattress Firm and the stock nosedive afterward?  Now we know that Steinhoff picked Sherwood as their manufacturing partner to move forward with. They could have chosen anyone; so why them?

If you know anything about Steinhoff, it was not a surprise to you that they would move backward in the supply chain, especially given the fact that they own the largest distribution platform in the United States. If it were you, wouldn’t you want to benefit from both manufacturing and retail? There are a lot of rumors out there about this topic from people who say they know but actually don’t, so let me clear a few things up. Steinhoff is buying Sherwood because they see a good business run by a very capable management team. If this weren’t true, they would never invest in the company. (I have been closely involved helping Steinhoff look at other deals in the United States over the last several years so I know what they look for.) To the Steinhoff guys, this is just another strategic acquisition. Markus Jooste and team are going to want Lance and Neil Ellman to run a profitable business and grow it in a significant way. It is true that the Mattress Firm is also a Steinhoff company but not much has changed for the Ellman’s. Mattress Firm was their biggest customer before being added to the Steinhoff family, and Mattress Firm is still their biggest customer. The one difference is that Jooste is going to EXPECT Lance and Neil to grow sales and profits in the United States with ALL of their customers and Steinhoff understands that in order to do that, there has to be a wall between the two companies. Don’t believe me? Look at the other countries where they have done this successfully. They know what they have to do to make this work. 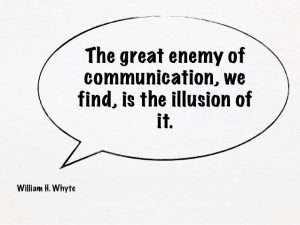 People have been asking me if Sherwood is going to continue being the contract manufacturer of Spink and Edgar products in the United States. I have to be honest, when this all started my brother Jeff and I weren’t sure. But after thinking through this logically, the answer was easy. We are staying with Sherwood for the same reasons Steinhoff purchased them. They are incredibly efficient low-cost producers with state of the art factories, making very high-quality products. They have a stellar team in place to run the business, and things can only get better when you consider that they will now have access to the Steinhoff innovation pipeline and raw material purchasing power. But the biggest reason we are staying with Sherwood is the Ellman brothers. Neil and Lance are like extended family to us and they are our business partner in this venture and we don’t want that to change. We all see the upside for Spink and Edgar given the great success of our retailers and we want to see it grow. At the end of the day, we have to make the decision that will best serve our customers and we have definitely done that. I am happy to report that our customers unanimously agree.

For you retailers out there getting an ear full from other producers that want to hinder what Sherwood is doing in their unique ability to offer value and high-quality products across all price points, I want you to consider this.  You need to do what is right for your business. If Sherwood products are compelling to you and can help you make money, you should make them or keep them as your partner. If you want something that doesn’t feel like anything else on the market, that is proven at a best selling price point of $5,000 in queen, and is all natural and built for the luxury consumer, then consider Spink and Edgar. Everything else is noise.

We now live in an industry where Serta/Simmons Bedding has committed MILLIONS, (over $100 million to get a little closer to the number), and delivered an exclusive program to drive Mattress Firm’s business; likely to the detriment of their other retail partners. You have Tempur-Sealy out there promising to open more of their own retail stores, and expand their direct to consumer program. Where will all of these paths lead? Stay tuned.

13 thoughts on “The Truth Behind The Steinhoff Purchase Of Sherwood”