What do people love, need, cherish, have to have, and when they get it they want more of it and if they don’t get it they will most certainly die? Sleep of course. In this industry, we know this stuff right? Well, now that Fitbit is tracking sleep they are able to start educating all of us about the subject of sleep in a much more significant way.

Fitbit is the wearable device that can track your biometrics which includes your sleep among other things. In March of 2017 these guys started to track sleep and so far they have over 6 BILLION nights logged into their system. Want to talk about a relevant sample size; this will qualify. As a matter of fact, it’s the largest data set ever compiled. Not only will this device track how long you were snoozing away, it can tell you how long you spent in each cycle of sleep and then they can carve up this information based on the other things it already knows about you like your age, sex, weight, height, geography, activity level etc. So what has Fitbit learned so far? 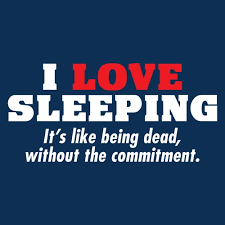 There are SO MANY things that this research can show us depending on how you slice the results. The remaining question is WHY. Why do women sleep longer than men? Why is exercise good for sleep?

These guys are not alone however, there are more products in the market that will also help us learn more about our sleep like the very cool ZEEQ Smart Pillow by Protect-A-Bed, or the way that Sleep Number is integrating its SleepIQ technology. So is this “sleep thing” getting bigger?

Mark Kinsley and I made some bold predictions in this Dos Marcos podcast last year and one of them included the idea that sleep as a health issue was going to grow in importance. Part of the opportunity around sleep as a subject is the fact that it was not easy to measure in the past but it looks like Fitbit is taking care of that. If it’s true that knowledge is potential power, then this will certainly advance some of the conversation around the subject don’t you think?

Wouldn’t it be cool if sleep grew so big that it was THE THING on everybody’s mind? People started to learn about their own sleep cycles, parents understood how bad caffeine was for their kids sleep so seeing somebody else’s kid drinking pop at 8 pm was just as bad as seeing a pregnant lady smoke a cigarette? What if business people stopped bragging about how little sleep they get, wearing that as a badge as to how much of a “driver” they really are? In order for anything to become a massive trend, like exercise and diet, there must be many different groups talking about the subject. Is the mattress industry doing its part? What happens if SLEEP blows up and becomes this major thing that people become obsessed with? Will we sell more mattresses and sleep essentials?

Not saying that some of you are not contributing, but I know that with the amount of money that is spent promoting this industry, we have a large voice that could make a much bigger impact. What do you think?