If you have been reading this blog for long you know that I am a HUGE fan of Roy Williams, the New York Times bestselling author of the  Wizard Of Ads. Mark Kinsley and I actually went to Austin, Texas and studied with him a few years back and I can tell you that he has a great brain for this marketing stuff.  If you ever get the chance to visit him at the Wizard Academy I encourage you to do so!

I am borrowing from Roy today based on his recent Monday Morning Memo which I also recommend you sign up for. In it, Roy talks about data and how we could be getting it wrong if we are not careful. Consider the following thought straight from Roy’s blog:

Industry reports say we didn’t grow in 2017 so do you buy that or is it possible that we didn’t capture all of the sales from e-commerce? Sales on your new product line are not what you want them to be. Did your product development team get it wrong or could it be the way you went to market, trained your people or featured it on the selling floor? 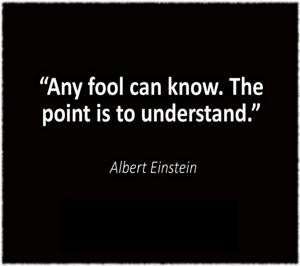 Data is important for any business as it can give you information that can help you make good decisions but it can be dangerous if looked at the wrong way. “Another limitation of data is that it cannot tell you the right thing to do. It can only tell you the result of what you have already done.” Roy Williams

I was once on a team that was working with an outside consulting firm and we spent hundreds of thousands of dollars in research to understand where we should be going as a company. To me, a sales and marketing guy, the data was crystal clear as to what our future should be. To others on the committee that were more operationally driven and risk-averse, the data suggested something completely different. In a way, we were all using the information to support what we wanted to be true.

Be intentional about collecting data but don’t look at it in a vacuum. Consider all things tangible and intangible and respect the information in a way that allows you to hear everything it’s telling you without bias. Reports are great but they’re only the tip of the iceberg. Don’t let them sink your ship. (Okay that ending was so obvious but I couldn’t help myself.)

Before I sign off today I want to pay my respects to Art Van Elslander of Art Van Furniture who died recently at the age of 87. I didn’t know Art well but I did meet him once in Detroit. I was asked to do some training for my company and was told he was going to show up so I was a little nervous. I knew Art was in the room before I ever saw him and I’m not kidding. This guy filled a room unlike anyone I have ever seen. He was an industry pioneer, philanthropist, and a friend to those that knew him. Art, thank you for what you gave to those you left behind and for making this industry better. We need more like you.

2 thoughts on “Knowledge Is Only Potential Power?”