Probably seven years ago I was having dinner with a good friend of mine Brent Beshore and we had a very interesting conversation that I want to share with you. Brent is the CEO and Founder of Adventur.es, a private/permanent equity group investing in family-owned businesses. (He has created a truly unique model and you should check them out if you value people that innovate the typical approach to business.) During that dinner, he started to tell me about the culture he wanted to create at his company. How he wanted employees to have what he called, “maximum allowable freedom.” The way he described it, some jobs require limitations, but most employers put far more restrictions than necessary. Think no vacation days; he would allow them to work from anywhere not just the office; and if they wanted to only be in the office part-time that’s perfectly fine as long as they were productive. Brent knows me well enough to know that I would be fired up about such a concept and applaud his move to create a company that you really did WANT TO WORK FOR but I have to admit thinking to myself; will it actually work? Turns out, it does. His companies have been unusually successful and I bet he’d attribute a portion of it to his trusting approach.

A few days ago I was listening to a Freakonomics podcast featuring Sir Richard Branson, and there it was again. Mr. Branson went on about how he treated his people, allowed them freedom to excel with a very flexible work environment, supported their desire to take a sabbatical and write their novel, or simply supported them as people doing everything he could to give them the tools to not only thrive for his business but as human beings. 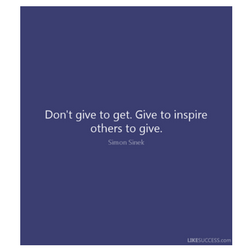 I write about this today because I believe in the approach and there are a lot of C-level managers that read this blog, (thank you LinkedIn analytics). So on behalf of your people, I ask for you to seriously consider the following.

Think about the corporate culture that rings the school bell at 8 am with the expectation that everyone is in their seat, computers glowing. “We would like to allow you to come in at 8:30 so you can take your kids to school yourself but if we did that we would have to do it for everyone and that just isn’t possible.” How important is your child? Is it a big deal to people that they are able drop their kid off at school, have that quality time prepping them for their day on the car ride over and giving them that kiss to send them off? How about the page in the HR manual that says you are not allowed to surf any social media sites during work hours. They even get the IT people to restrict you from those sites. “Your company computer should be used for business purposes only.” Do they really think that their employees aren’t on their phones doing the same stuff? Does this policy actually make their employees more productive or is it just one more pain in the butt policy to have to follow. A lot of companies blame this type of stuff on legal or some other BS reason but at the end of the day, it usually comes down to the illusion of control.

Of course there are good reasons to have rules at your company but try this for a change. There is a school of thought that says, “we need this rule to prevent people from taking advantage of the company”. Why not shift thinking to “if we do this our people would love us for it and it would be something to improve their quality of life and happiness.” Are there a few people that will take advantage in some way. Sure-so manage to that. Are there significantly more that would appreciate your approach and give you more of themselves as a result of the trust you place in them?

My experience tells me that when you try to control something, it becomes more difficult to achieve the desired outcome. Squeeze it too tight and it will jump out of your hand. I also believe that we should approach things on the “give” side vs. the “take” side. Think of a personal relationship you’ve had where the other person is looking out for you, committed to your growth as a person, wants the best for you, and bends over backward to make sure they are being the kind of friend that supports you in every way possible. Does it bring out the best in you? Does it make you want to do more for them? Does that relationship bring you joy?

There are environments where this flexible approach to management might be problematic so I get that, HOWEVER, you should be on the lookout for ways to make your company a place people actually enjoy going.  Think that’s a high hurdle? It is, but there are companies that do it every day. If you put more faith in your people, the benefit could be pretty great for the bottom line. Give it a try.

BONUS: Can you tell me where the title of today’s blog came from?

4 thoughts on “Lighten Up Francis”