So who is behind the success in your company? Is it the meatheads that occupy the executive office suite? Hell no it’s not! (Sorry meatheads but you know I’m right.) The real champions of business today are the people doing the work and executing the plan.

Whenever I started a new job it didn’t take me long to figure out who the real boss was. It was typically a woman that was the office leader or “office mom” which is a term I use in the most respectful way possible. She is the one that had been with the company for a few decades, served several different administrations, had worked and knew every job in the place and most importantly, she knew how to get stuff done! On the sales side, whenever we wanted to know how many pieces the other bedding producers were ACTUALLY making every day, we would ask our drivers who would have regular conversations with the other drivers from those companies while making deliveries. Go to the guys that know. 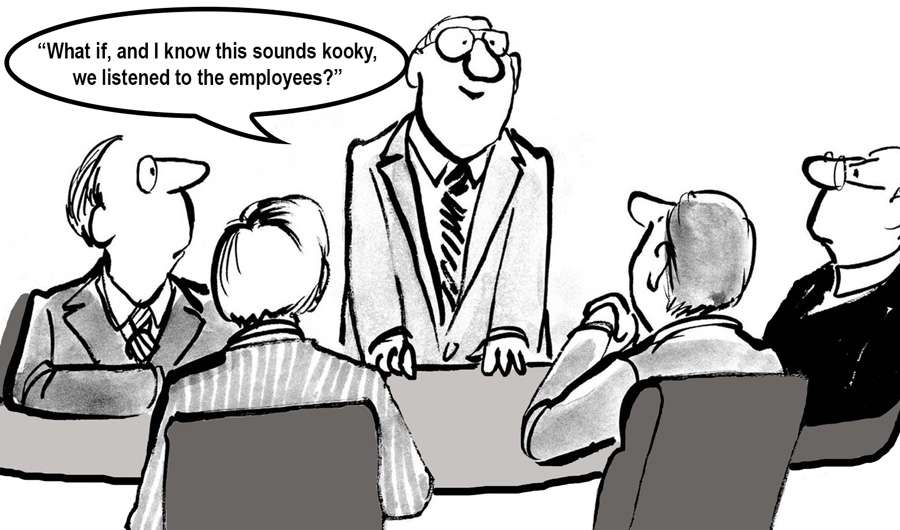 I bring all of this up because I was speaking to one of the Sherwood sales representatives David Larkin this past week in Orlando. David is a superstar and has been a multi-bag sales rep for a very long time; a true veteran. He has made his career calling on the buying office at Badcock Home Furniture and More, one of the best retailers in our industry that has been around over 100 years. These guys have well over 300 stores in the southeast and if you want to be REP OF THE YEAR, you have to become a true road warrior to service them. Years ago Badcock needed a new CEO so they went outside the company and hired Don Marks. This guy didn’t know much about Badcock when he took the job so when he met David he knew he had found someone that could help him. Realizing that David was in a lot of his stores every week he asked him to call his office every Friday at 3pm to download on what he had seen. As a result, Don knew which of the franchises were happy, which locations needed a visit from the top, and what the general mood of the company was. Don understood that David and those people running the stores were the real champions of the business. When David told Don he needed to get in a car and visit a market; Don listened.

If you’re in a company that has a CEO or senior management team that refuses to get their butt’s out of the “C” suite and into the field to see the business first hand, you have a problem. They can get updates from “their people” no doubt, but there is nothing like being in the stores or at the factory where you can ask good questions to really understand where your business is. Any leader that says any differently is full of crap and you can tell them I said so; unless their name is Conor McGregor.

So lift your glass, bang a gong, or throw a party for the real reason companies win; their people. If you truly understand that listening to them is the key to your success then good things will come and when they do, just remember who got you there. POWER TO THE PEOPLE!

2 thoughts on “Power To The People”