A thousand apologies to David Swift, past Executive Business partner at Advent International who has served as the Chairman of the Board of Directors for SSB since April of 2013. He has been named the CEO for SSB which I knew. What I didn’t know and what the industry buzz mill didn’t tell me was that he was not serving as INTERIM CEO, this will be his permanent gig. Sorry David, I didn’t mean to put you out to pasture prematurely, I hope you can forgive me. David has been around the industry for several years so I’m sure he is ready to make some moves and put his stamp on things for maximum impact. Big thank you to Pat Young, loyal reader and listener of the Dos Marcos Podcast for pointing this out. I owe you one Pat!

What are the chances that the new CEO of Mattress Firm is going to be an industry insider? My money says not good but I sure hope I’m wrong.

We certainly have some great success stories from guys outside of the industry doing very well for themselves and their shareholders. We also have some industry guys that filled top spots but ultimately didn’t get the job done, but I think that these are the exceptions, not the rule.

More often than not, these private equity guys look past the industry candidates and find someone in an expensive talent search. They pay the headhunter 20% of the new guy’s annual salary and end up dishing out big money with the exit package when it doesn’ work. If you owned an NFL team and needed a new quarterback, wouldn’t you try to get one from another NFL team or would you start looking at a shooting guard in the NBA? No you would not! That analogy breaks down a little if you take it too far but you know what I mean. 🙂

My point is that the mattress business isn’t all that easy to get around. If you come into it trying to apply the logic from your last consumer products category, you will get yourself into trouble. I know that every industry is different and that most of these guys say that they understand that, but they still end up making a lot of the same mistakes. How many times have we seen consultants or leaders take over mattress companies, undervalue the personal relationships that built the business, and overvalue their own brand?

There is a lot of talent in our industry that could fill the top job at Mattress Firm so let’s hope that the powers to be are looking inside as well. This is a company that could be great again with the right leadership, and I know some people that could get the job done; how about you? Wouldn’t it be great if your new leader could…. 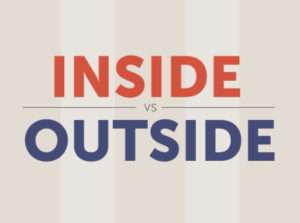 Don’t get me wrong, I am a BIG FAN of looking at our industry through an outsiders lens, I just don’t think Mattress Firm needs that type of CEO. Bring in those outside opinions when you need them because that input will always serve you well, but put a leader in place that has some street cred and a passion for the people in our industry and in the purpose behind what we do. If it’s all about the bottom line you have a shot of success. But if your new leader wants to build something incredible because they see the potential inside of the sleep ecosystem and the impact it can have on human beings, then you have a shot at something much bigger. Success will follow.

Check out this weeks Dos Marcos podcast where we talk about Mattress Hub and their move away from PRODUCT/PRICE/PROMOTION advertising. Good stuff so check it out!